For any fan of the Harry Potter series, anything that’s butterbeer related is absolutely a must-try, at least once. While you can only get the official stuff at Universal Studios, the London tour, or the store in New York City, you can make this Potter inspired treat on your own. Best of all, it’s super simple to make and is absolutely delicious. 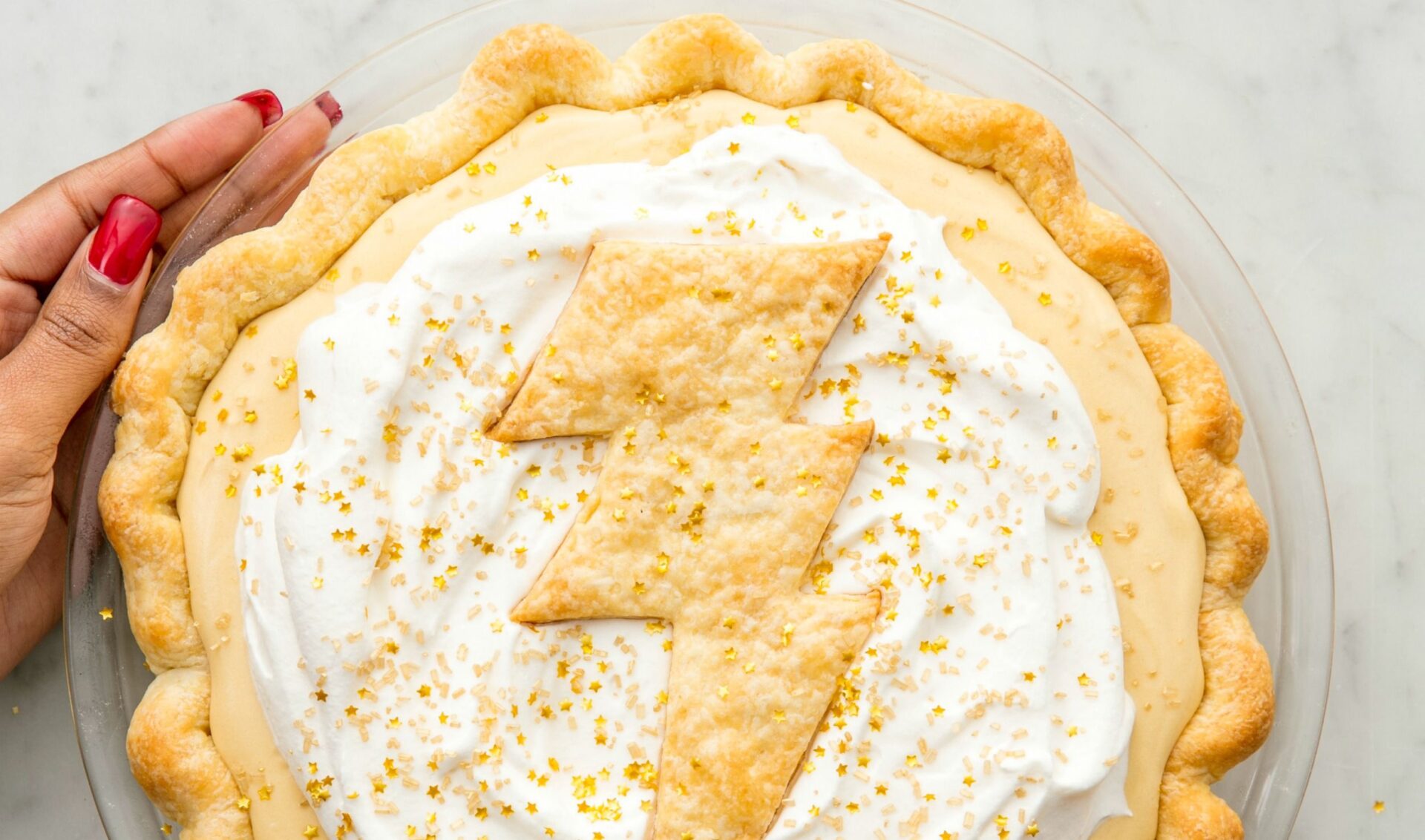 This Pie Is Perfect For Any Potterhead

For The Marshmallow Whipped Cream: 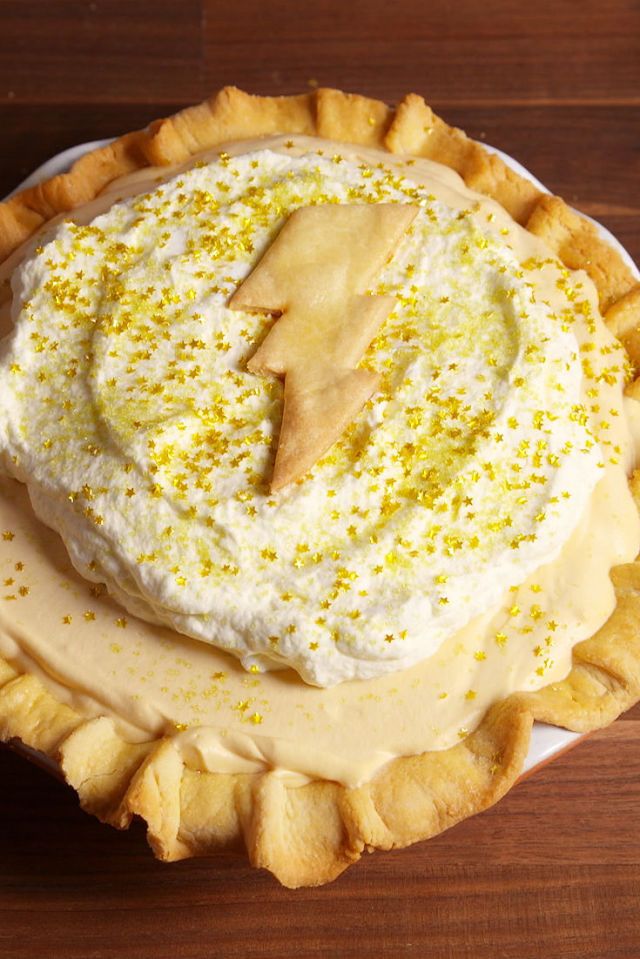 Preheat your oven to 350 degrees. Line a baking sheet with parchment paper and roll out one of the pie crusts onto a 9 inch pie dish.

Fit the crust onto the dish, crimp the edges as you please and poke holes into the bottom of the crust using a fork in order to prevent air bubbles from forming in the crust. Bake until the crust becomes lightly golden, which should take about 18 minutes. If the crust starts to brown, cover it up with tin foil halfway through.

In a big bowl, beat the heavy cream with a hand mixer until soft peaks begin to form, about 6 minutes. In another bowl, mix together pudding mix with milk with a whisk. Allow the pudding to sit until it thickens and then fold the caramel and whipped cream into the pudding gently until it is all combined.

Spoon the pudding mixture into the pie crust. Place in the fridge until it sets, which should take a minimum of 3 hours.

In another large bowl, beat the heavy cream with a hand mixer until reaching soft peaks, about 6 minutes, and then fold the marshmallow creme in. Spread the whipped cream evenly on top of the pie and then finally the lightening bolt pie crust right in the middle. Sprinkle on the gold sprinkles before serving the pie. 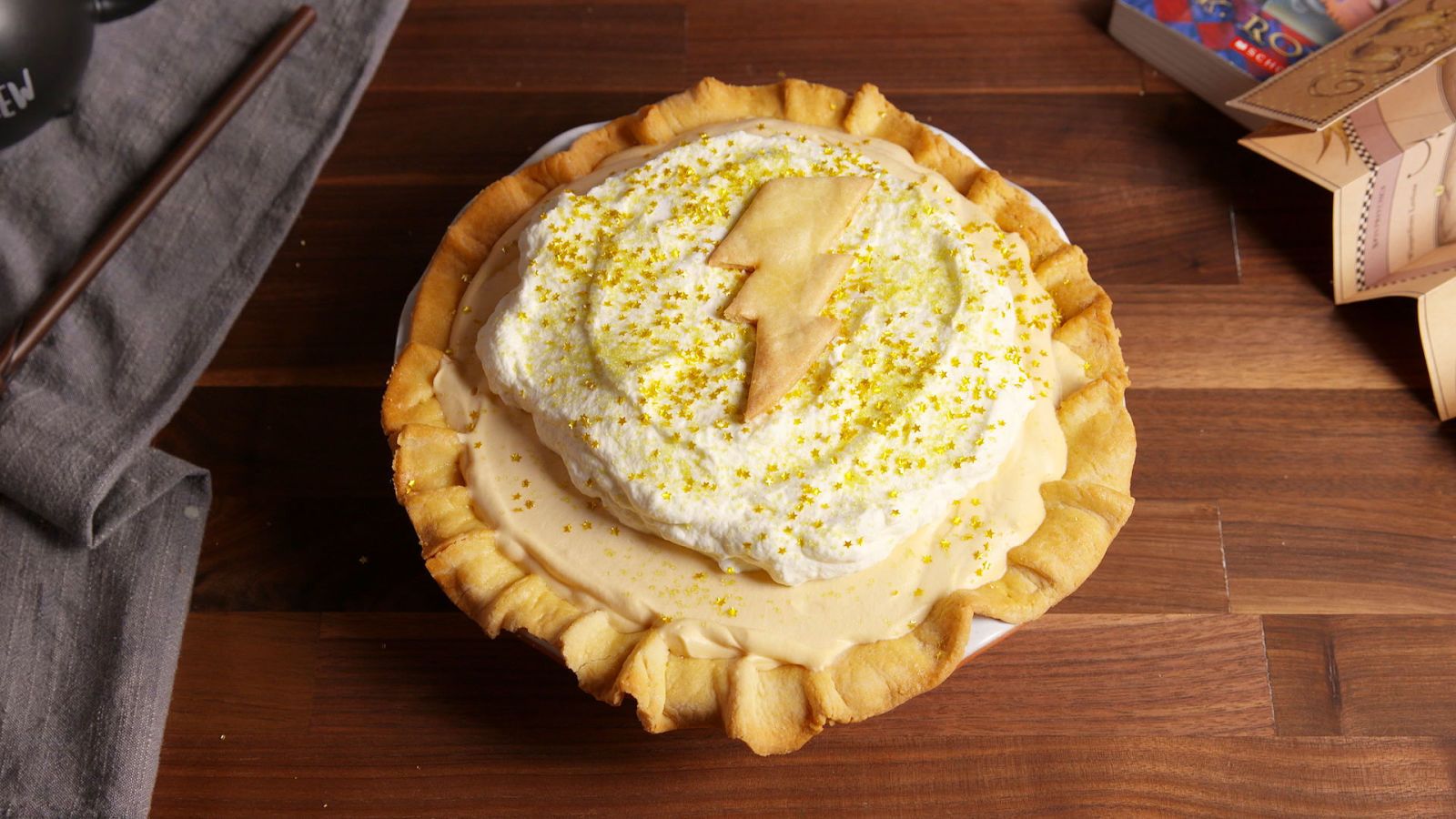 So Simple And Delicious